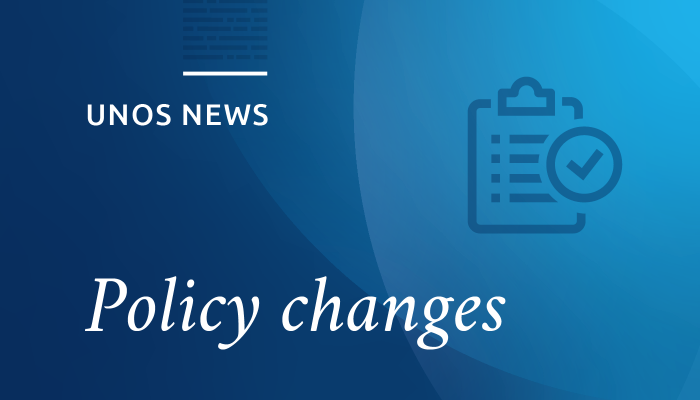 Earlier this year, the OPTN released for special public comment a plain language rewrite of the OPTN/UNOS policies (view the proposal). The goals of the proposal are to maintain the current requirements in the OPTN/UNOS policies but communicate them in plain language. This includes a reorganization of the policies and the addition of many new features to the policies. For example, the proposal contains a central list of terms and definitions, more tables and lists, an index, and interactive tables of contents.

We solicited your feedback on the proposed structure of the rewrite, whether the policies were easier to understand, and whether there were any substantive changes in the meaning of the policies. We received a significant amount of feedback during the public comment period. Overall, most people appreciated the new structure of and the new features in the rewrite. We also received feedback about some inadvertent changes in the meaning of the policies. Finally, we also received suggestions about how to improve upon the structure and style in the proposed rewrite. We are working to integrate all of your suggestions into the next version of the rewrite and are planning another round of public comment for early 2013 with Board consideration later that year. We appreciate your feedback and welcome your input about the plain language rewrite of the OPTN/UNOS policies.