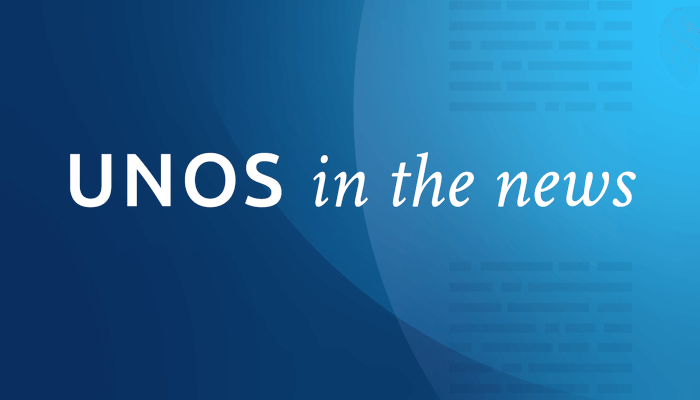 Editors from The Dallas Morning News and The Press of Atlantic City recently published editorials about the Center for Medicare and Medicaid Services (CMS) final rule on organ procurement organizations’ (OPO) Medicare conditions for coverage (CfC). They called on the organ donation and transplant community to continue to the collaboration that led to a 26 percent increase in organs from deceased donors over the last five years:

Another flaw in the CMS’s proposed changes lies in the fact that it ranks Organ Procurement Organizations on their ability to get donated organs transplanted, which, ultimately, is decided not by these organizations but by transplant surgeons. For these reasons we agree with the Biden administration’s recent decision to postpone the new rule from taking effect on Feb. 1 until March 30, providing time for further review of the proposed policy changes and further public comment.

There are smart ways to improve metrics for Organ Procurement Organizations and the U.S. transplant system as a whole, but creating a Hunger Games-like environment is not one of them.

UNOS, however, has said the CMS rule could have the opposite effect and impair the donation and transplant effort. Matthew Cooper, the transplant surgeon who is vice president and president-elect of the UNOS Board of Directors, said in August that the rule “will likely result in the decertification of about three-quarters of the nation’s OPOs.” The network, transplant hospitals and OPOs are pursuing improvements in all parts of the system, he said, but “decertifying OPOs based on death certificate data that is well-documented to be inaccurate will sow chaos, not progress.”

With lives on organ transplant waiting lists at stake — 4,000 in New Jersey and more than 100,000 nationwide — we hope the federal government and other organ transplant partners can reach a consensus on an improved system and transition to it without increasing the odds against those desperate for their help.

UNOS is proud to steward a transplant system that saves tens of thousands of lives each year and is one of the top-performing systems in the world. For the tenth year in a row, OPOs, working with families and hospitals to identify potential donors, have increased the number of deceased donations. We have to keep improving the system for the more than 100,000 people on the waiting list, and that requires working together to determine what will make the system even better.

Learn more about improvements UNOS is proposing to strengthen the organ donation and transplant system.