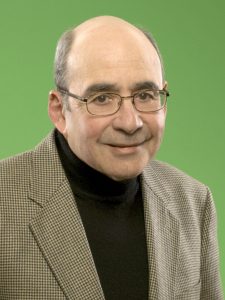 UNOS honors the life and leadership of Oscar Salvatierra, Jr., M.D., who passed away March 16, 2019, at the age of 83. He played a pivotal role in the development of organ transplantation, both in the United States and internationally.

Dr. Salvatierra began his surgical career in the U.S. Army Medical Corps, treating casualties of the Vietnam War as well as volunteering to treat Vietnamese residents at a community hospital in Nha Trang. He developed an interest in helping people with renal failure, which led to his completion of a transplant surgical fellowship in 1973 at the University of California San Francisco (UCSF) Medical Center.

He spent a number of years at UCSF, rising to Chief of the Transplant Service. He later held appointments at California Pacific Medical Center before moving to Stanford University Medical Center, where he was Director of Pediatric Kidney Transplantation. He chaired Stanford’s Medical School Faculty Senate and trained and mentored many medical students and fellows who continue in practice.

Dr. Salvatierra served as president and/or board member of many transplant-related and surgical organizations. He was UNOS’ President from 1985 to 1986. He was also a founding member and president of the American Society of Transplant Surgeons (ASTS) and president of organizations such as The Transplantation Society, the International Society for Organ Sharing and the American Society for Minority Health and Transplant Professionals.

He was a champion of the development and passage of the 1984 National Organ Transplant Act (NOTA), which provided the basis for the U.S. organ transplant network. He once reflected, “I feel especially privileged to have actively taken part in turning the provisions of NOTA into reality for the benefit of the many patients with end-stage organ failure, both awaiting and having received organ transplants.”

NOTE: a video interview with Dr. Salvatierra is available on the website of the American Society of Transplant Surgeons. To express condolences, visit his online obituary.