RICHMOND, Va.—United Network for Organ Sharing (UNOS) presented Harvey J. Steele of Toledo, Ohio, the 2016 National Donor Memorial Award for Excellence in recognition of his untiring efforts as a donation advocate. The award was presented at an evening reception June 6 during UNOS’ board meeting in Richmond. This is the first time in the award’s history that it was bestowed upon an organ recipient. Previous winners have all been donor family members and one social worker/donation advocate. 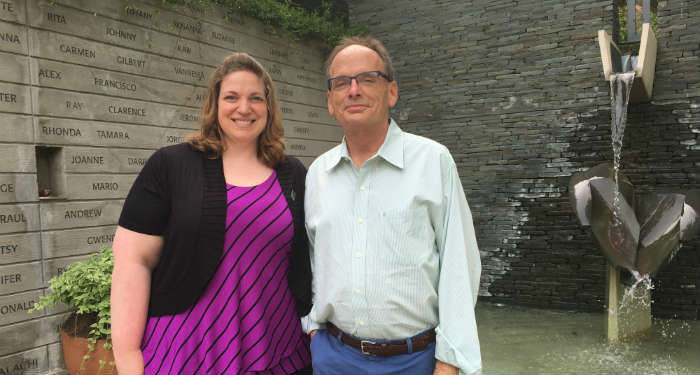 Nineteen years ago, doctors gave Steele one week to live. End-stage liver disease transformed him into a frail, jaundiced man who couldn’t even walk. Steele, who received two life-saving liver transplants in November 1997, has been making the most of his second chance at life ever since.

Steele has volunteered for Life Connection of Ohio, the non-profit organization that promotes and facilitates organ donation in northwest and west central Ohio, since 1997. His involvement has ranged from media interviews and hospital outreach to awareness events and speaking engagements. He co-hosts K100’s Shores & Steele, a number-one radio show in Toledo, and he uses that platform to spread the word about the importance of organ and tissue donation. He has donated countless hours of free publicity for the cause by sharing his story on air and via social media, broadcasting live from special events, emceeing ceremonies and recording monthly PSAs. Steele has spoken at churches, high schools, sporting events, civic meetings, seminars, and the list goes on. Organ and tissue donation rates have steadily increased in northwest Ohio, due in large part to his efforts. 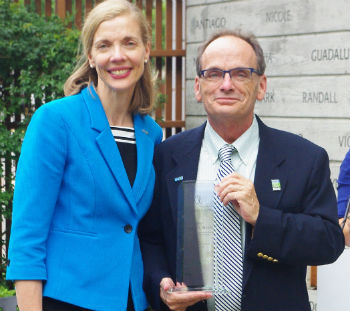 “Donation advocates who inspire others to become organ donors need to know that their commitment absolutely makes a difference,” said UNOS President Betsy Walsh, J.D., M.P.H. “Harvey exemplifies what this award is all about.”

UNOS established the National Donor Memorial Award for Excellence in 2010 to recognize exceptional advocates who promote organ donation and transplantation. UNOS solicits nominations for the award from the organ procurement organizations and transplant centers in the United States. Steele was nominated by his daughter Kara, who was inspired by his transplant journey and the selflessness of his donor family to work at Life Connection of Ohio.

UNOS has been headquartered in the Richmond area since its founding in 1984. Its 340 employees work in two office buildings within the Virginia Biotechnology Research Park. UNOS is also home to the National Donor Memorial, which honors the life-giving impact of organ and tissue donation.