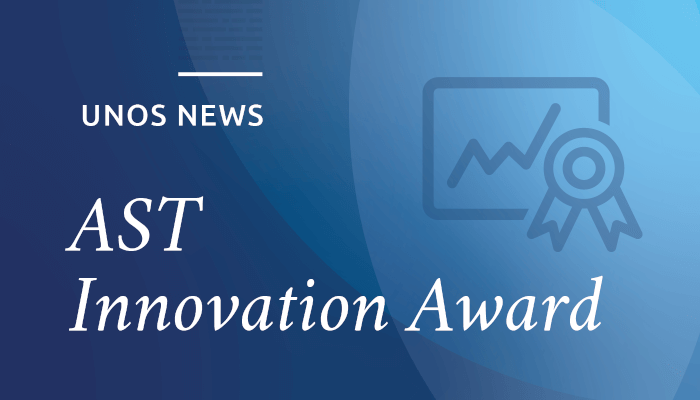 The American Society of Transplantation has presented its fourth annual AST Innovation Award to the Ad Hoc Disease Transmission Advisory Committee (DTAC). Current and former DTAC representatives accepted the award on the committee’s behalf on February 25, as part of the society’s virtual Cutting Edge of Transplantation meeting.

“Before the inception of DTAC, there was no standardized or required reporting system for donor-derived diseases in transplantation in the United States,” notes the AST in its announcement of the award. “DTAC was a significant and novel program that established the standard for other biovigilance systems worldwide through standardized reporting and investigation of transmission events.”

DTAC was first established in 2005 and became a permanent OPTN committee in 2007. It seeks to understand and reduce risk of disease transmission through organ transplantation. The committee does so through examining reports of potential disease transmission cases and reviewing aggregate data. It provides education and guidance to the transplant community and advises on OPTN policies relating to patient and living donor safety.

AST created the Innovation Award in 2018 to honor “an individual or team whose big ideas and out of the box thinking has made a significant impact on transplantation.” Additional information, including a list of prior recipients, is available on the AST website.