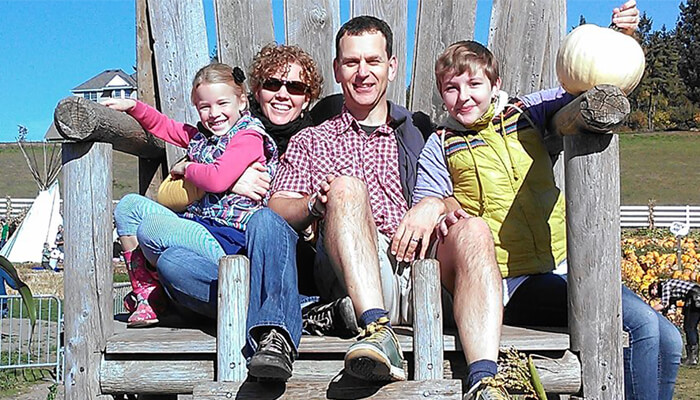 United Network for Organ Sharing has awarded Tom and Susan Robinson of Portland, Ore., the 2020 National Donor Memorial Award for Excellence in recognition of their tireless dedication to advocate for organ donation.

In October 2013, Tom and Susan’s two precious daughters, Abigail and Anna, died in a tragic accident. Abigail was declared brain dead and from the moment Susan and Tom learned she would be able to save the lives of others, there was no hesitation. Abigail was able to donate her kidneys, liver, corneas, and tissues.

Since then, the Robinsons have been tireless advocates for donation, volunteering with Donate Life Northwest and sharing Abigail’s story and educating the public about organ, eye and tissue donation. They have made quilt squares, spoken at donation events, participated in fundraisers and even shared Abigail’s donation story with NPR’s StoryCorps series, during 2015’s National Donate Life Month.

Their most defining initiative, however, is the Love Rocks movement, started in honor of both girls. Susan and Tom were determined not to let the tragedy of the girls’ deaths define their incredible lives.

Love Rocks are river rocks, beautiful pocket-sized stones, decorated with small fabric hearts glued in place. The project has a Facebook page, an Instagram account and a website; its success can only be described as viral. People share photos of love rocks placed throughout the country as well as abroad, posting and sharing pictures of their global impact from The Great Wall of China, to the Eiffel Tower, to weddings and to funerals. People connect through these tokens of thoughtfulness.

Susan explains the connection between Love Rocks and organ donation—“as we were grieving and dealing with the worst possible thing that could ever happen to us, we knew that there would be a family on the other end that was receiving the gift of life, and the joy, those were the words Tom used: the joy.”

By sharing Abigail and Anna’s story, the Robinson family reminds us of the power of donation, one Love Rock at a time.

UNOS established the National Donor Memorial Award for Excellence in 2010 to recognize exceptional advocates who promote organ donation and transplantation. UNOS solicits nominations for the award from the organ procurement organizations and transplant centers in the United States.

Tom and Susan Robinson were nominated by staff at Pacific Northwest Transplant Bank. Previous winners of the award include a heart recipient, donor family members, a social worker/donation advocate, and a liver recipient.