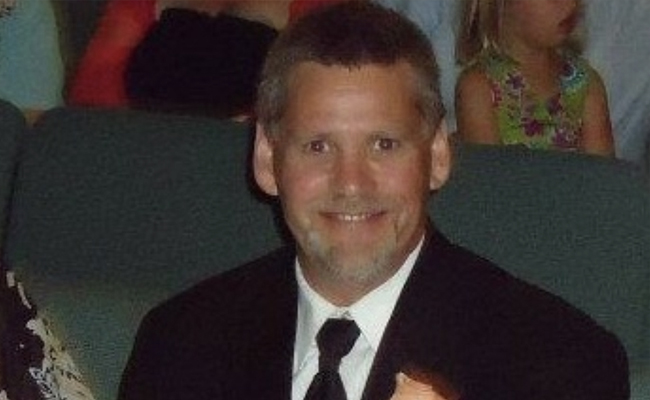 My dad Alan was a hardworking man who always put his family and friends before himself. He had four children and a granddaughter that were his world. He was always my go-to person for everything whether it was to work on my car or just to talk. Alan drove a dump truck for a local company, therefore it wasn’t uncommon to see him out and about. He was also a die hard Cleveland Browns fan. In mid-September of 2013, dad found out he was going to be a grandpa again – little did we know that his life would end mere days later.

Just after midnight on September 17, 2013, I received frantic phone call from my grandmother saying that my dad was being taken to the hospital in an ambulance. I rushed to the hospital and was placed in a little room, alone, to wait for the rest of my family. After what seemed like hours, a doctor came to talk to me. I was given the devastating news that the medical professionals had done everything they could to save him, but my dad had passed away from a heart attack – he was only 51.

I never really understood what it actually meant to be an organ donor until I lost my dad. I knew what it consisted of, but never realized how many could be saved and healed by one donor. My father was a registered donor and we were very quick to support his decision.

After dad’s sudden passing, I couldn’t talk about him – if someone tried to ask about him I would get angry and shut down. His death has been hard to talk about because I never wanted to accept that my father was gone.

Then, a few months ago I became curious and wanted to find out what dad was able to donate. I contacted the agency that helped with dad’s donation and learned that we had a letter waiting on us from a recipient! The letter was from a man who said my dad’s tissue donation is helping him to recover from severe lower back pain. While this gentleman is still on the mend, he wanted to tell us how much the gift of tissue meant to him.

We also learned that dad was able to donate two tendon grafts, skin, both corneas, which were successfully transplanted, and 51 bone grafts – nineteen of which went to South Korea! Since finding out how many people my dad was able to help, I feel like I have found some closure and it’s a little easier to talk about him. Since his passing Alan has gained two wonderful grandsons and another granddaughter, who are often told just how wonderful their papaw really was!