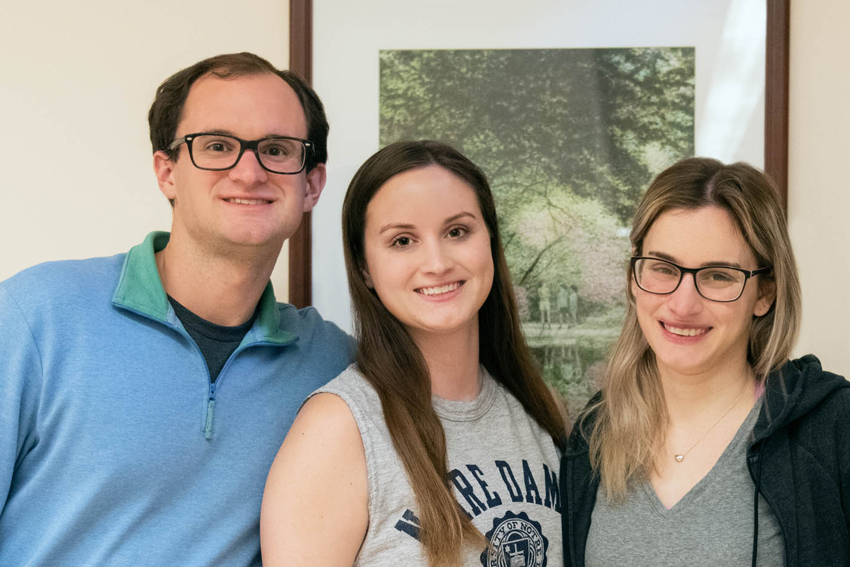 Eight years ago, my brother Josh, who was 19 at the time, donated his kidney to my Dad at Northwestern Memorial Hospital. It was a miracle how well the transplant worked. My sister, Hannah, and I were so inspired by what we saw that we knew one day, we wanted to be living donors for somebody. A couple years after after my Dad’s kidney transplant, we found out that my Dad would need a second transplant. I was approved to be his donor, but he was too sick at the time for a transplant. We spent the next two years trying to get him healthy enough for surgery, but unfortunately he passed away last September. The year leading up to his death was very rough: numerous doctors appointments, hospital stays, many many days of “not feeling well.” Hannah, now 24, and I, 25, didn’t want another family to go through what we had gone through. We had witnessed the miracle of organ donation, so we decided to honor our Dad by donating our kidneys anonymously.

So on March 14 & 15, Hannah and I each donated one of our healthy kidneys to a complete stranger at Northwestern. It was a wonderful experience and I wish I could do it again. The pain was less than I expected and the recovery time was surprisingly quick. We both felt like we were at a time in our life where we could take off work, were physically at our healthiest, and neither of us had husbands/children who depended on us. I have been a nurse in the Medical ICU at Northwestern for the last four years and my Dad just so happened to spend some of his final days on my unit. I felt badly that I couldn’t save my Dad, both as a nurse and with my kidney, but that didn’t mean I shouldn’t save someone else. We took the worst thing that happened to us and turned it into something beautiful.

Read Bethany and Hannah’s story which was featured on ABC’s Good Morning America.