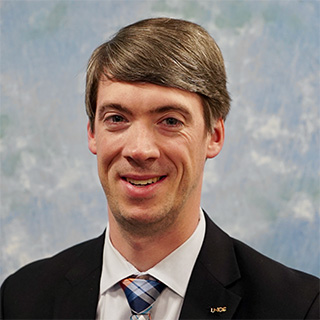 Carrico joined UNOS in 2012 as a research scientist, later becoming an assistant director and senior research scientist prior to his current role. He held previous responsibilities at Virginia Commonwealth University including research assistant and course instructor.

He received his bachelor’s of science in mathematics from the University of Mary Washington and a Ph.D. in biostatistics from Virginia Commonwealth University.